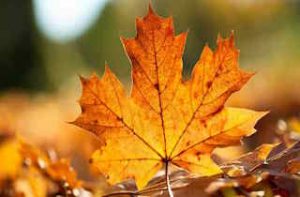 Charles Dickens observed in his Tale of Two Cities the oft repeated truth that this is the best of times and the worst of times. The worst is obvious. In our world we witness a lack of morality, the diminishment of cherished values, corruption and dishonesty in all walks of society. Why have we forgotten what we as a people and nation used to value the most?

And yet what we label the worst, from a divine perspective– can be the best of times, too. It is our chance to undergo a cleansing from disillusionment as well as to celebrate the beauty of nature, the generosity of God, and the good will of many people everywhere.

A familiar banner reads: Bloom where you are planted. Wherever we are, in family rooms or offices, wearing a white collar or blue, we need to stand up for what we believe with a sense of joy and unflinching perseverance. When the times toss us between the worst and the best, we retain the freedom to change how we see the situation and to live more reflectively.

If you give your children the love and attention they deserve, put good meals on the table, and have some treats waiting for them when they come home from school, then you bloom as parents. If you are patient in the classroom, no matter how aggravated you feel, if you try to make a “thick head” less thick, then you bloom as a teacher. To foster in ourselves and others this kind of blooming, we need to get in touch with the body-mind-spirit rhythm that helps us to know who we are and who God beckons us to become.

Three basic rhythms are part of the human condition: active and passive strength; attachment and detachment; humor and seriousness.

The strength meant here is not the brawny type that builds muscles; it is inner strength, moral fiber. In the fullest sense it alternates between two components: one active, the other passive. What does it mean to be a strong person? Strength seems to be a question of active capability: to do what we have to do; to make sound decisions and practical judgments; and to incarnate realistically our ideals. Strength also carries with it a passive component, one likely to be missed in a fast-moving world. It fosters the need to pause, to step aside, to reflect on what we are doing and to see if it is in touch with God’s will for our own and others’ lives.

Without the passive component of patient endurance in situations we cannot change, mere activism may prevail. The “doing mode” overloads us with new ideas. We go along with the demands of vocal crowds without paying attention to our own calling. When activism replaces prudent action, it takes its toll mentally and physically, often causing us to overlook the real needs of the people around us.

Complementing the integration of active and passive strength is the second rhythm of attachment and detachment. We are attached to friends and colleagues, parents and peers. We do not like to “hang loose.” We want a home port—some place where we feel wanted and loved.

Experience tells us, however, that we also have to “de-tack” ourselves, that is to say, to be detached so that we can treat everyone as infinitely worthy of respect. The rhythm of attachment and detachment implies that we care about those with whom we come in contact because we see them as belonging to the people of God.

Lastly, we need to move back and forth between humor and seriousness, laughter and tears, joy and sorrow. Even in the midst of suffering, the sons and daughters of God cry out for help; they meet everyday challenges but not at the expense of ceasing to be joyful and trusting in the Lord.

Once upon a time, in a solemn monastery, there lived a monk who had the peculiar trait of driving his fellow monks “up the wall.” No matter what happened—whether a monk stubbed his toe, had a mystical revelation, or spread a marvelous feast on the table—he would have a scriptural quote to cover the situation. Soon thereafter his brother monks complained to the abbot. This habit of his upset them and disturbed their equanimity. The penance the abbot assigned to him was to kneel in utmost reverence, not smiling or laughing in any way, in the middle of the refectory. He had to do so day after day.

One afternoon, during the quiet of their midday meal, there came up over the side of the hill a braying jackass that had gotten untethered from the barn. The beast caused an uproar. The abbot jumped up, shouting, as did the monks, “Get that jackass out of here so we can eat in peace!” Meanwhile the monk kneeling in the middle of the refectory burst forth with suppressed laughter. His shoulders shook, his eyes leaked tears, his chuckles grew louder with each breath he took.

After the poor beast had been recaptured and firmly tethered, the abbot motioned him to rise. He then said to him, “Brother, if you can find a scriptural quote to cover this messy moment, your penance will be complete.” With a pious face, eyes raised to heaven, he turned to the right, turned to the left, looked straight in the eyes of the abbot, and said: “He came unto his own and his own received him not” (see Jn 1:11).

Humor helps us to see what happens into perspective. It humbles us so that we can put these three rhythms of reflective living into practice: active and passive strength; being both attached and detached; and feeling serious yet filled with the joy. Each rhythm signals the liberty and lightheartedness of what it means to be “children of God” (1 Jn 3:10), unbound from the shackles of sin and longing to soar heavenward.

January 2020 – Moving from Fear to Wisdom and Love